Like Norton Commons – great idea, wrong place. The new VA Hospital should be downtown.
The apologist for the Brownsboro site acknowledges the downtown med center is important…. “the Brownsboro site is located in closer proximity to the University of Louisville Hospital in downtown Louisville and thus would better facilitate continued collaboration between that facility and the (VA hospital)”.
Then he totally misses the need for public transit to the VA,… the Brownsboro site “offers more direct access via multiple interstates and major roads for those veterans coming from other parts of the service area.”
And of course, the new facility boasts parking for hundreds.
Once again Fischer and Louisville fail in acknowledging the primacy of land use and public transit in creating a sustainable city. 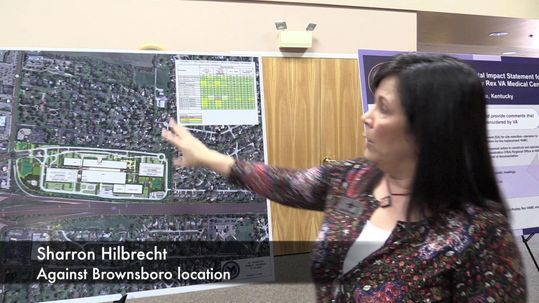